SPACE STATION: THE SCHOOL OF ENVIRONMENT AND ARCHITECT 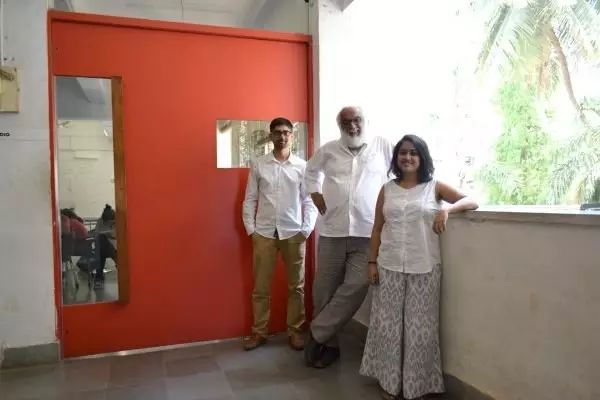 Even though most of the city lives in the suburbs, there are far fewer cultural venues in the north and the east compared to south and central Mumbai. Over the last couple of years, however, new avenues for the performing arts have emerged in Bandra, Andheri and Malad. One of these places is the School of Environment and Architecture (SEA), a three-storey building surrounded by housing colonies in a tranquil lane in Borivali West.

The SEA aims to be a culture hub for the northern suburbs, especially for architecture

Founded in 2014, the SEA has an outreach programme that involves organising events that are open to the public. While they’ve hosted shows by performing arts practitioners such as Delhi-based dancer Mandeep Raikhy, most of their events are talks by architects such as Sanjay Prakash, Sameep Padora and Ratan Batliboi aimed at generating discussion on the city’s built landscape. The outreach programme is part of a larger project to alter the general idea of architecture. It ought to be viewed as a cultural practice rather than a technocratic practice, said Rupali Gupte, one of the founding trustees of the institute.

In other words, the idea is to shift the focus from viewing the field in terms of simply making buildings to thinking about how architecture can be made relevant to a cultural context and be used to improve the lives of people. There’s surprisingly little of that in the public sphere given the extent to which issues surrounding real estate and (mostly terrible) architecture pervade one’s experience of residing in Mumbai. Currently, city architect Samir Raut, whose firm studio eight twentythree has worked on bars such as Versova Social and The Bar Stock Exchange in Colaba, is exhibiting Making A House, a mock-up of a 700 square-feet home, the rooms of which are arranged around a courtyard. The exhibition includes sketches and scale models of houses designed by architects Raut admires, which give a sense of his own practice. 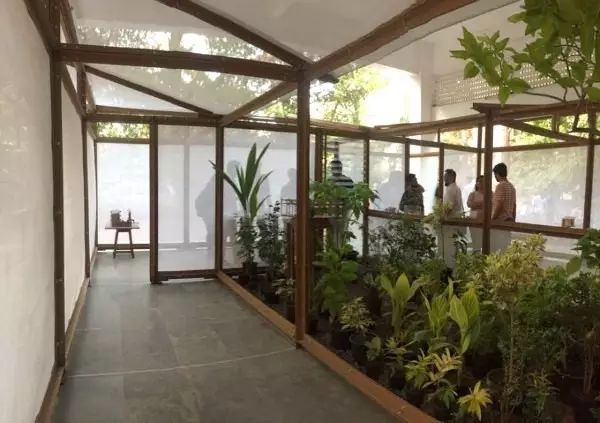 The city’s housing shortage is among the SEA’s main focus areas
One of the focus areas of the pedagogy here is the idea of ‘retrofitting’, that is, using the vast cache of existing real estate in Mumbai to improve housing in the city instead of razing old buildings to create high-rises. In the case of slums, this can be done, Gupte pointed out, by, say, building toilets within homes. For architects to have any kind of meaningful engagement with communities, the first step is to understand what home represents, said Anuj Daga, who teaches design, visual studies and history theory at the SEA. One of the exhibits at the Kochi Muziris Biennale, which ended last month, was a set of installations by the SEA’s second-year architecture students. The works examined the idea of ‘home’ based on research carried out in ten settlements in the eastern part of Mumbai such as Thakkar Bappa colony and Sindhi camp in Chembur, which were set up by post-Partition refugees; Bainganwadi in Govandi, one of the most abject slums in the city; and Lallubhai Compound, the slum rehabilitation colony in Mankhurd, where Gupte and SEA co-founder Prasad Shetty help run a community centre. The students’ research revealed that “social relationships create the sense of home,” said Daga. “The idea of home lies outside the built space.” Students at work in one of the SEA’s studios.

Its origins can be traced to the cooperative housing society
The foundation of the institute is in some ways in keeping with its guiding principles. It was started by eight architects from four related disciplines. Ravindra and Savita Punde are landscape architects; Shetty and Gupte have a background in urban studies; Neera Adarkar and Arun Kale are architects who’ve worked in the field of urban housing; and Pankaj Joshi and Gauri Pandit Joshi focus on conservation and retrofitting. Of them, Adarkar is best known for her work in housing activism and co-authoring One Hundred Years One Hundred Voices The Millworkers of Girangaon: An Oral History, and Joshi for being the executive director of the Urban Design Research Institute (UDRI), which carries out research on urban planning issues.

The college is housed in a building that was once a Marathi-medium municipal school run by the Suvidya Prasarak Sangh, a housing society trust that runs municipal schools in Borivali. Adarkar’s husband, architect Arvind Adarkar facilitated the partnership between the SPS and its founding trustees, who pitched in their savings to start the school. The SEA and the SPS share revenues. The school was affiliated with the Yashwantrao Chavan Maharashtra Open University for the first two years and since last year has been affiliated to the University of Mumbai. Currently it has three batches of 40 students each. It’s significant that the SEA is associated with a housing society as the cooperative housing society movement, which took off in the 1970s, succeeded in bringing citizens and builders together to create affordable homes. “Bombay has a history of various housing types (the chawl, gaothan, housing society),” Gupte said. “But the high-rise has become the only way of imagining housing.”

Making A House will be on display until Sunday, May 7 at the School of Environment and Architecture, Eksar Road, near CKP Colony, Borivali (West). Tel: 022 6500 2156. Get directions here. Open daily, from 9am to 6pm.